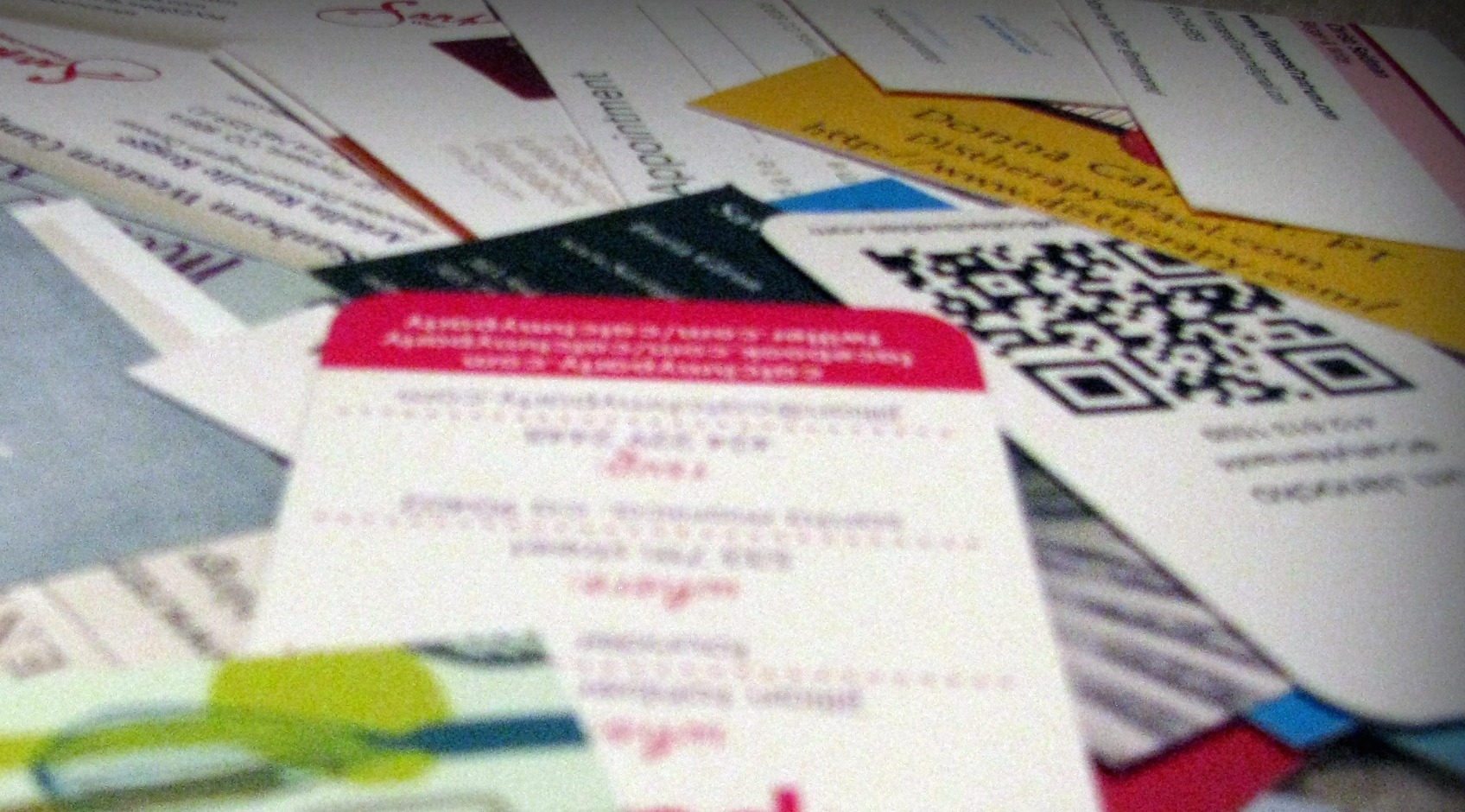 A BIG Mistake People Make With Their Business Cards

I went to a couple of events last week and collected a bakers’ dozen worth of business cards. After the event, I sat down and responded personally to everyone whom I had met and connected with him or her online.

Susan, who really goes by Sue!

William, who really goes by Bill!

Jonathan, who really goes by his middle name, Jake!

Felecia, who really likes to be called Fay!

Don’t put a name on there that you don’t introduce yourself as, or you don’t want to be called! Also, if you are one of those people who say, “Oh, it doesn’t matter which one you call me, I go by Susan or Sue,” please pick one!

This happened to me a few years ago when I used to go by my last name, Avery. I had Ryan on my business card, but introduced myself as Avery.

I didn’t know how much I really confused people until this moment sitting down at my computer looking at four business cards with names of people who introduced themselves differently.

Having a different name on your card is very confusing for the person on the receiving end. It can make the person who is reaching out to you second guess themselves. They might look at the card and think, “I could have sworn she said her name was “X”, or “Well, if that is what he goes by, how do you think he spells it?”

Don’t let the first impression you give to people confuse them!

We want to know the real you!

So, if you want to be called Sue, Bill, Jake, Fay – or anything else – let us know what your friends call you, because in business the more friends you have the more business opportunities you have!

Some of you need to reprint your business cards, today! As always…